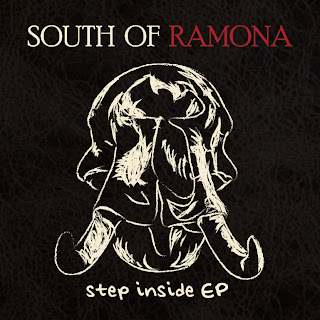 Album: Step Inside
Artist: South of Ramona
Genre: Crooked Folk (love it)
Label: Unsigned
Released: 1 August 2012
My Review: This EP was such an unexpected and incredible surprise.  It felt kind of concept-y with the opening sequence, which I’ll admit upped the anticipation.  Carnival Court, the opening track was incredible.  It set up the rest of the album beautifully.  Showcasing the major talents of the band and putting a face on the “crooked folk” genre, (which South of Ramona falls into perfectly, by the way).  The storytelling of the lyrics throughout the album remind me of Panic at the Disco’s first release.  What I loved most though was the diversity.  These guys aren’t going to fall into a niche, their carving one out for themselves.  Some songs sound a little more punk-ish, others have a more bluegrass feel, the lyrics mix it up a little bit and really fit with the music being played which was fantastic.  I’ve been listening to these guys constantly for the past few weeks, and I highly recommend them if you’re looking for something to mix up your current tuneage.  I definitely see them going big places in the coming months, so make sure to catch them on their current tour before their shows start selling out.

Step Inside is currently available on iTunes.