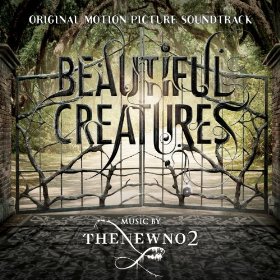 Album: Beautiful Creatures: The Original Motion Picture Soundtrack
Artist: Alice Englert
Genre: Folk/Indie
Label: WaterTower Music
Released: 12 February 2013
My Review: If you didn’t gather already from my last post, I have watched a lot of movies lately, and one of my favorites so far has been Beautiful Creatures.  I am going to preface this with saying: No, I have NOT read this series (though it’s going on the list.) so I will not be doing a book versus film on this one until after I’ve read the series.  Anyways, this song is featured in the film and was written and sung by one of the lead actresses Alice Englert (who plays Lena).  I am a big fan of soundtracks – I think I’ve mentioned this before – because they give so many choices on one album, whereas single artist LP’s have every single track sound similar to the last (and rightly so.)  With soundtracks you get such a variance, and this song comes at a point in the film that really gets to you as a viewer.  I absolutely adore this song, and I hope you do to.

In a dream besides a warm heart
The seams are gone, none
The figure says I'd rather stay and be rapt with you
Than to be wrong and run