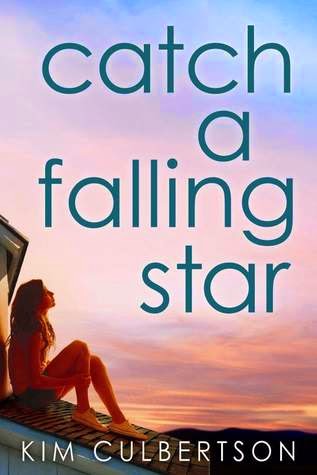 Author: Kim Culbertson
Series: Stand Alone
Genre: Contemporary, Romance
Publisher: Scholastic
Release Date: 29 April 2014
Summary: Nothing ever happens in Little, CA. Which is just the way Carter Moon likes it. But when Hollywood arrives to film a movie starring former child star turned PR mess Adam Jakes, everything changes. Carter's town becomes a giant glittery set and, much to her annoyance, everyone is starry-eyed for Adam. Carter seems to be the only girl not falling all over herself to get a glimpse of him. Which apparently makes her perfect for the secret offer of a lifetime: playing the role of Adam's girlfriend while he's in town, to improve his public image, in exchange for a hefty paycheck. Her family really needs the money and so Carters agrees. But it turns out Adam isn't at all who she thought he was. As they grow closer, their relationship walks a blurry line between what's real and what's fake, and Carter must open her eyes to the scariest of unexplored worlds - her future. Can Carter figure out what she wants out of life AND get the guy? Or are there no Hollywood endings in real life?
Review: I enjoyed this novel immensely.  It was fun, and put a new spin on what I like to call the "fan fic" genre.  No, this isn't a knock off of another YA novel, but it does have a day dream quality to it, like there isn't any realm in known reality where this would ever happen, but I think it happens in a lot of teen and tween girl fantasies,  I mean spending a month with, say, Harry Styles?  Getting to show him around your neighborhood and pretend to date him?  Yeah, day dreams have been built on a lot less.  That being said, Culbertson's debut did have a little more to offer under the surface.
Her depictions of the town of Little are gorgeous and very believable, and her characters and lovable and fleshed out.  I believed the characters, I believed (and have known) many girls that are just like Carter.  I believed in Adam as well, I liked the spin on his character, and  felt like it rang true with a lot of celebrities today.  I liked the distinct-ness of Culbertson's voice. There are a lot of these dreamy books out there (Angie Stanton has built her entire career writing books like this) but what those didn't have, that this one did was a whole lot of heart and conviction.  Carter is sassy and lovable, and yes she is the typical "I don't like Hollywood" but it's not just for the sake of it.  She has distinct real world reasons for not liking celebrity culture, but she doesn't completely shun it either.
I loved the complexity of Carter's family as well, it brought a different vibe to the story that I felt made the situation Carter is placed in to more believable, willing to work in order to try and help save a family member is very relatable. I just couldn't suspend my disbelief for the actual romance part of the book, which is a big selling point in YA these days.
Fun, yes. Worth reading, definitely.  Would I recommend it?  Yes, especially to young teen girls, or anyone looking for a fluffy read that explores social structures of a small town as well as Hollywood without loosing the day dreamy vibe.  I thoroughly enjoyed this one.  Perfect for wasting a summer afternoon as long as you're willing to suspend your beliefs for a bit.
Posted by E at 9:00 AM