Every Tuesday I'm going to be bringing all of you lovely blog readers my current favorite, can't stop repeating it track from an album that I love. 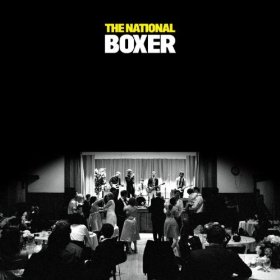 Album: Boxer
Artist: The National
Genre: Alternative Rock/Indie
Label: Beggars Banquet
Released: 22 May 2007
My Review: Fake Empire will always be on of my most favorite tracks in the history of forever, not only does it remind me of my grandmother for some reason, but there is just something about the way that it's presented that I can't help but stop the shuffle every time it comes on. The off beat piano chords at the beginning may have something to do with it, but really I think the true beauty is found in the lyrics. They are so simple and yet so poignant. Read on: