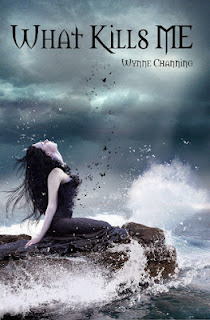 Author: Wynne Channing
Series: Axelia # 1
Genres: Paranormal, Fantasy, Horror, Romance, Young Adult
Released: 6 June 2012
Summary: via Wynne Channing An ancient prophecy warns of a girl destined to cause the extinction of the vampire race. So when 17-year-old Axelia falls into a sacred well filled with blood and emerges a vampire, the immortal empire believes she is this legendary destroyer. Hunted by soldiers and mercenaries, Axelia and her reluctant ally, the vampire bladesmith Lucas, must battle to survive. How will she convince the empire that she is just an innocent teenager-turned bloodsucker and not a creature of destruction? And if she cannot, can a vampire who is afraid of bugs summon the courage to fight a nation of immortals?
My Review: Wow...just...wow! This book was so incredible and amazing and wonderful! It was exactly the vampire book that I have been waiting for! Okay, I'll stop gushing, but seriously, this is exactly what I've wanted from a vampire book since I read Interview with a Vampire. Reasons why this is amazing:
1. The story. Wynne Channing has such an amazing talent as an author, not only does she suck you in, she doesn't leave you hanging! She takes you right along throughout the story, and you really get the sense that you're seeing everything through Axelia's eyes. (I'm in LOVE with that name btw) She also has that awesome structural talent of having every chapter end with a need to keep going. (I kept saying: “I'll stop after the next chapter, I need to get some sleep!” and that never happened.) The way that Wynne's vampires are portrayed is so much closer to original lore than any YA vampire story that I have ever read, thankfully! (No, her vampires DON'T sparkle, they are way too Bad A for that)
2. The characters. Holy crap, was I falling for Lucas from the beginning?! You bet I was!What a great cast, from Lettie and Uther, to Lucas, and Jerome, even Lucas' Obaia was really intriguing to read about, my heart sort of broke for her.
3. Axelia, Axelia, Zee. Ahh, this girl, oh man, she sounded like every girl that I know wrapped up in one! What an amazing character and voice, her reaction to becoming a vampire are at times both heart wrenching and hilarious, and her first impressions of Lucas made me laugh out loud. I loved watching her fight for survival as well acclimating to becoming a vampire. Getting to be inside her head for the short time that I was was such a treat!
Basically everything about this novel was incredible. Seriously. If you're getting tired of the same-old same-old concerning vampire stories, don't give up yet! Read this and YA vampire lit can be redeemed! I do have one suggestion though: read it with the lights on. There were definitely some heart pounding moments and delicious adrenaline rushes. My only complaint? That it ended! (Note to Wynne: please write a sequel, as a matter of fact write a hundred sequels, because girlfriend, this is one of my favorite books of 2012!) 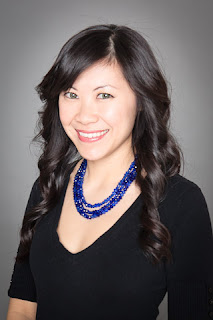 About Wynne: Wynne Channing is an award-winning national newspaper reporter and young adult novelist.
She started writing horror/fantasy tales as a girl. She still has the first novel that she wrote when she was 10. It’s (unintentionally) hilarious.
Wynne loves telling stories and as a journalist, she has interviewed everyone from Daniel Radcliffe and Hugh Jackman to the president of the Maldives and Duchess Sarah Ferguson. The closest she has come to interviewing a vampire is sitting down with True Blood‘s Alexander Skarsgard (he didn’t bite).
She briefly considered calling her debut novel “Well” so then everyone would say: “Well written by Wynne Channing.

You can connect with Wynne via Twitter, Facebook,Goodreads, or through her Official Site!
You Can Purchase What Kills Me (I highly recommend it!) via Amazon (kindle) and Smashwords (kobo and nook)

What Kills Me was obtained from the author specifically for review purposes. For more information on my Policies and Submissions for Reviews click here.
Posted by E at 9:00 AM

Email ThisBlogThis!Share to TwitterShare to FacebookShare to Pinterest
Labels: Five Records, What Kills Me, Wynne Channing