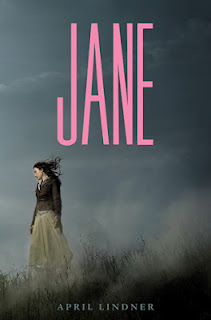 Author: April Linder
Series: Stand Alone
Genres: Re-telling, New Adult (a term I’m trying for a more “adult” YA novel, it’s floating around goodreads currently…)
Publisher: Little, Brown Books for Young Readers
Released: 11 October 2010
Summary: courtesy of goodreads.com Forced to drop out of an esteemed East Coast college after the sudden death of her parents, Jane Moore takes a nanny job at Thornfield Park, the estate of Nico Rathburn, a world-famous rock star on the brink of a huge comeback. Practical and independent, Jane reluctantly becomes entranced by her magnetic and brooding employer and finds herself in the midst of a forbidden romance.
But there’s a mystery at Thornfield, and Jane’s much-envied relationship with Nico is soon tested by an agonizing secret from his past. Torn between her feelings for Nico and his fateful secret, Jane must decide: Does being true to herself mean giving up on true love?
An irresistible romance interwoven with a darkly engrossing mystery, this contemporary retelling of the beloved classic Jane Eyre promises to enchant a new generation of readers
My Review:  Let me begin by saying that I am a massive, MASSIVE fan of Jane Eyre.  I’ve written papers about the novel, seen nearly all of the films, memorized passages, etc.  So it was with some trepidation that I began Linder’s take on my favorite classic.  Unfortunately I came out with pretty mixed feelings, and I can nearly pin down the exact reason why.
Linder follows the same recipe as others have before her, taking a classic take and updating it to be more applicable and relatable to a modern audience.  This has been done with numerous stories, especially recently.  Updated versions of the Greek Gods and Goddesses, updated versions of Jane Austen.  Most recently For Darkness Shows the Stars (review here) is an updated version of Persuasion.  However, what those novels had that this one did not, was updated jargon.  Linder did NOT update bits and pieces of the jargon in Jane.  As a matter of fact, some of the statements were directly from the original text.  Which is why I had such a massive problem with the novel.
I just can’t imagine Mr. Rochester saying the F word, and then “you transfix me quite” in the same novel.  It was like her characters were suffering from a massive and confusing bout of reincarnation.  It didn’t feel updated, it felt strange and annoying.   I understand that in the time period the things Mr. Rochester stated were probably similar to what Mr. Rathburn (Linder’s Rochester) said, but why take the time to mix in the 18th century stuff as well?  He is modern, right?  So for him to speak like he is well educated (which, in today’s day and age, speaking like you are from the 18th century can be a sign of a good education, or a serious disorder) just seemed so off.
The real problem is that Linder didn’t depart enough from the original text.  She tried to blend the two together, instead of reading other “updated” versions of novels where they keep the same basic plot structure, but make the characters their own, make the story their own.  Linder didn’t do that.  I didn’t hate this book, but if you’re going to read a Jane Eyre-type novel, I suggest you just read Jane Eyre.  And if you read this book and really enjoyed it, read the original, because I can guarantee you will probably like it even more.