LP Saturday - Some Kind of Wonderful 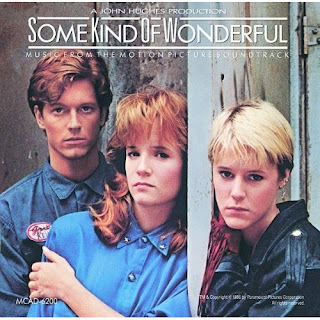 Artist: Various
Genre: Soundtrack
Label: Geffen Records
Released: Originally 1987, Re-Released: 7 August 2008
My Review:  I love this soundtrack so much!  Seriously, I own a lot of soundtracks because I like the diversity of the music on them, and because I watch a lot of films, but this soundtrack is up there in my Top5 Favorites.  Every track is amazing and perfectly illustrates the themes in the movie.  The March Violets provide such a great sound, and there are so many British artists on here, and I have a feeling that if you were cool you probably would have been listening to them before they appeared on here.  Some Kind of Wonderful is by far my favorite movie written by John Hughes, and he had such a great ear for music.  His soundtracks are legendary, I’ve got this, The Breakfast Club, and Pretty in Pink and they’re on constant repeat.  Love.

Here's a trailer for the flim:
sorry about the bad quality! :-/

...And my two favorite tracks, gotta love the March Violets

Email ThisBlogThis!Share to TwitterShare to FacebookShare to Pinterest
Labels: LP Saturday, Some Kind of Wonderful, Soundtrack