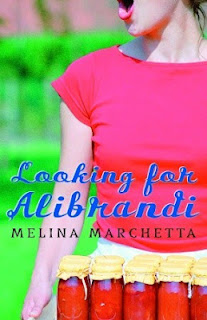 Author: Melina Marchetta
Series: Stand-Alone
Genres: Contemporary, Realistic, Young Adult
Publisher: Knopf Books for Young Readers
Released: 18 December 2007
Summary: courtesy of goodreads.com For as long as Josephine Alibrandi can remember, it’s just been her, her mom, and her grandmother. Now it’s her final year at a wealthy Catholic high school. The nuns couldn’t be any stricter—but that doesn’t seem to stop all kinds of men from coming into her life.
Caught between the old-world values of her Italian grandmother, the nononsense wisdom of her mom, and the boys who continue to mystify her, Josephine is on the ride of her life. This will be the year she falls in love, the year she discovers the secrets of her family’s past—and the year she sets herself free.
Told with unmatched depth and humor, this novel—which swept the pool of Australian literary awards and became a major motion picture—is one to laugh through and cry with, to cherish and remember.
My Review: # 3 in my Melina Marchetta marathon.  I’m pretty sure that this one has the most awards (not the high accolades, but the most by sheer number) and so far, it has been my least favorite.  Which, actually is a good thing.  This was Marchetta’s first novel, and obviously it only gets better and better.  In her newer contemporary novels Marchetta sets the bar so incredibly high, that it makes sense I wouldn’t like this one as much as, say, On the Jellicoe Road.
Looking for Alibrandi  defines a “coming of age” novel.  Not only because it tells the story of a girl in her seventeenth year (literally), but because it shows how much a year can change you.   Josie has a really honest and consistent voice which I definitely approve of.  She is honest, and a little bit lost, which you expect from a coming of age novel.
Although I enjoyed the relationship between Josie and Jacob, I like the relationship between Josie and her father the most.  The way that Josie interacts with her father is, in my opinion, why this novel has won so many awards.  It really is a special thing to read.  Not only because as characters they’re so similar and get so many different characteristics from the other, making the father/daughter thing seem more real, but also because they react to each other so brilliantly.
If you’re going to begin a Melina Marathon of your own, I suggest you begin with this novel, because they get better and better.  My favorite is still On the Jellicoe Road (though, Saving Francesca was the funniest).  Regardless, though not my favorite Marchetta, Looking for Alibrandi is an excellent YA story. Now if only I can get my hands on the film….