Track on Tuesday: While We Were Dreaming 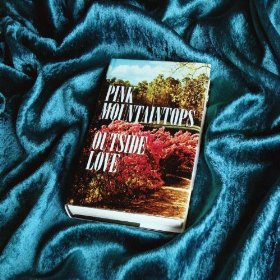 Album: Outside Love
Artist: The Pink Mountaintops
Genre: Alternative Rock
Label: Jagjaguwar
Released: 28 April 2009
My Review: I first heard this song in Charlie St. Cloud and stayed all the way through the end of the credits to figure out who had written this lovely tune.  They released this record in 2009 and, after listening to a lot of their other stuff, this one still remains my favorite.  There is just something about the combination of the music and lyrics that really gets to me.  And I still can’t figure out what they’re really singing about. Which is what I love the most.

Don't lie there, lurking
Behind your troubled walls
Wicked as they are
You're not deceiving

Email ThisBlogThis!Share to TwitterShare to FacebookShare to Pinterest
Labels: The Pink Mountaintops, Track on Tuesday, While We Were Dreaming